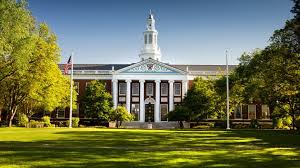 Harvard’s MBA program is among the best-known, most prestigious and most sought-after in the world. Harvard consistently appears at the top of business school rankings. Founded in 1908, it is the third-oldest MBA program worldwide and the largest in the United States, with about 1,800 students. Its main academic strength is general management and strategy. In addition, Harvard is considered strong in marketing and non-profit management.

The main quality Harvard seeks in a candidate is leadership potential, defined as the ability to influence, persuade and take initiative.

Harvard pioneered the case-study method of pedagogy, which has now spread to the overwhelming majority of business schools internationally, which quite often use Harvard’s original case studies. The program boasts a general management orientation with a unique emphasis on leadership. Its alumni network boasts 41,000 graduates of legendary power and prestige.